Made Up Stories has seen round after round of success since its formation 6 years ago, and co-founders Bruna Papandrea and Steve Hutensky are nothing less than thrilled with the reception and reputation they’ve managed to build in the industry. Stretching out around the globe, including the UK, Australia, and Los Angeles, the team has served up some of the most compelling female-led stories on the screen today.

Bruna Papandrea and Steve Hutensky are the husband-and-wife team who founded Made Up Stories, the production company behind hits like The Undoing, Anatomy of a Scandal, Pieces of Her, and Luckiest Girl Alive. The two started the enterprise after Papandrea left Pacific Standard, after producing hits like Big Little Lies, Wild, and Gone Girl. From there, she’s been assembling a world-class team, which includes super-producer Sr. Vice President Jeanne Snow in Los Angeles, super-producer Sarah Harvey in the UK, and producer Jodi Matterson in Australia.

Steve Hutensky is a long-time film producer who has experience on both the business and legal side of the entertainment industry. At Relativity Media, he was the head of business affairs, a post that required an in-depth understanding of not just development and distribution, but also financing, acquisitions, and operations. He also had his own company in New York City called Walk the Walk Entertainment, an enterprise that helped him get his first film, Wake Up, produced.

The Mission of Made Up Stories

Deadline recently interviewed many of the key team members of Made Up Stories, which was no small feat considering they all lived around the world. Calling them international disruptors, the article was anchored by the larger goals of the company. Papandrea and Hutensky started their own company not because they wanted to follow the formulas of other production companies. They wanted to go against the grain, even if that meant buying projects that everyone else passed on.

As Hutensky put it, “The second we start to try and follow others, I think that’s the mistake for us.” You can see the bigger themes in the movies they put out, and the team stands behind the work they do. While Luckiest Girl Alive may not have had the best reviews, Papandrea called it, “one of the things I’m most proud of in my life.”

This passion project, starring Mila Kunis, took plenty of time and effort to produce. It features the story of a soon-to-be bride in a wealthy neighborhood whose entire societal standing is threatened by her past. Her character typifies the type of character that Made Up Stories is drawn to. This is a story told from a woman’s point of view. Her imperfections aren’t neatly tied up in a bow, and she’s not uniformly likable by any stretch of the imagination.

Female-led stories can have the same kind of heft that all good stories have and Made Up Stories is determined to be the vehicle that drives these tales to their target demographic. As we can see by the numbers, which include Luckiest Girl Alive hitting the top 10 global charts on Netflix, there’s a demand for these kinds of conflicts to play out on screen.

There are a lot of perks to having an international team, even if the time zones aren’t always conducive to easy communication. Papandrea and Hutensky always look for the advantages, and they’re quick to notice the benefits so everything can run as efficiently as possible. For instance, being in Australia at the time of the pandemic meant that her company had some leeway to film, even when cities like Los Angeles and Vancouver were shut down.

With indie hits like Penguin Bloom and The Dry, Made Up Stories gave Australians a reason to leave their homes, go to a theater, and forget their outside cares for an hour or two. Papandrea and Hutensky were thrilled to offer a slice of normalcy to viewers. They have also long loved working with British talent, and having Harvey in the UK is a doorway to audiences and productions there. Harvey is currently on the hunt for comedies, love stories, and thrillers.

In the future, Made Up Stories is getting ready for productions like The Falling Girls, which is described as a blend of Heathers and Mean Girls, as well as a largely Spanish-speaking production called Sylvia’s Second Act. The team is also cultivating strong relationships with other production companies, like Fifth Season, so the two teams can continue to acquire fascinating stories that captivate an audience who expects more from their entertainment. All of these measures are part of the smart and steady growth plan by co-founders Steve Hutensky and Bruna Papandrea.

How Often Should You Take Energy Supplements?

What are the Safest Cars in the US? 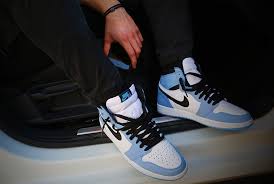 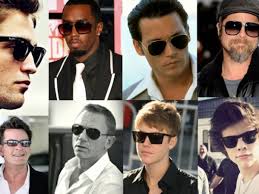 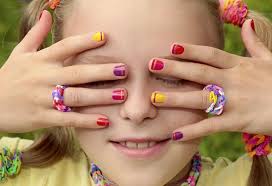 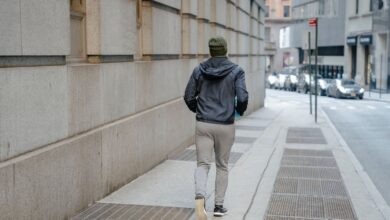